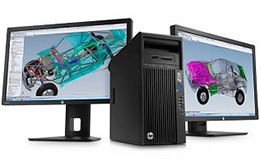 One aspect of CAD workstations that is still very much misunderstood is the role of multiple core processors in CAD workstations, indeed having multiple cores through a variety of reasons can actually give worse performance in some cases especially when it comes to computer aided design software. 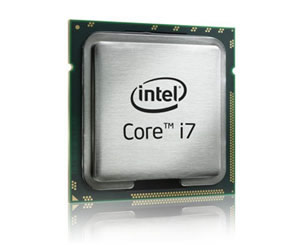 In a race for increased processor speeds we have seen a massive increase in transistors in processors and also the emergence of smaller semiconductor manufacturing processes (65nm, 45nm and 32nm for example).

However single core processors reached their natural peak it would seem for Intel in the Pentium 4 netburst architecture where power requirements and heat generation started to become unmanageable so the next generation of multi-core processors arrived on the scene as the way forward.

If you were unfortunate enough to have purchased an early multi-core processor for CAD applications you may have actually found that performance of your new CAD workstation was worse than your old one. This is due to the fact that many CAD applications (and consumer applications) still to this day remain single threaded applications. Fortunately performance and processor architecture has massively improved since then.

In order to understand where multi core processors come into play a little better it helps to understand a little about software programming (nothing too geeky here). Serial computing is where software has been written for serial or sequential computation, that is to say the result of one set of instructions or calculations is required before the next stage can be computed, and this makes most programs in existence today and for years to come ideally suited to a single processor in reality including a lot of CAD software applications.

Multi core processors on the other hand are ideally suited to multi-threaded applications that can take advantage of parallel computing, this is when a specially written program can perform multiple calculations at the same time and do not necessarily have to rely on a previously calculated result.

Multi-threaded applications are notoriously difficult to write and there are very few applications that can even take advantage of them, those that can are now being essentially limited by X86 architecture and physical core restrictions despite multi-core processors being available.

This is the reason that most software vendors that require multiple core processing are watching with keen interest and already developing applications that can actually use GPU computing (see also CUDA) as modern graphics cards have a multiple paralell processor core architecture (448 in the case of the NVIDIA 6000 with 4Gb of graphics memory) and each core can process at the same time, so for rendering applications and exceptionally computationally intensive applications the Graphics card has somewhat surpassed the technology of multi-core processors.

Multi Core Processors - What should I buy?

CAD workstations can cost many thousands of pounds so you need to be sure what is right for you and that you squeeze the best performance from your budget as each application will have a sweet spot where spending more money will give little or no discernible performance gains so is pointless. 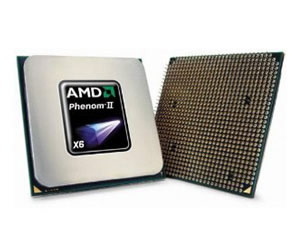 For example simplistically speaking a decent CAD workstation for Autodesk's AutoCAD software would essentially be using a dual core processor with between 4-8 Gb's of ram (if running on 64 bit operating systems) and a mid range workstation graphics card (512mb-1GB) anything higher will simply not be used so you would be best if you have a little spare budget buying the best dual core processor you could afford.

However, for a multi-threaded program like 3d Max for example you will be at the totally different end of the scale and will be needing all the power available in order to get the best productivity from your workstation and be able to turn round rendering projects as quick as possible.

An ideal 3d Max workstation would typically have 6 cores or more on the processor, 12 – 24Gb's of ram and a 1-2Gb (or a 4Gb card if your budget stretches to it) CAD certified graphics card to take advantage of GPU computing and CUDA for example.

As we have mentioned 64 bit computing now lets have a look at CAD workstations and 64-bit computing.